Leigh Hobbs is best known for the children’s books he has written and illustrated featuring his characters Old Tom, Horrible Harriet, Fiona The Pig, Mr Badger, The Freaks in 4F and Mr Chicken.

Old Tom was adapted into a popular French / Australian 52 episode animated TV series, and Mr Chicken was adapted for the stage by the National Institute for the dramatic Arts. Horrible Harriet was adapted for the stage and appeared in a production at The Sydney Opera House in 2017. Though that orange moth eaten feral monster Old Tom is Leigh’s most famous creation, he is in fact allergic to cats and much prefers dogs, especially Blue Heelers. 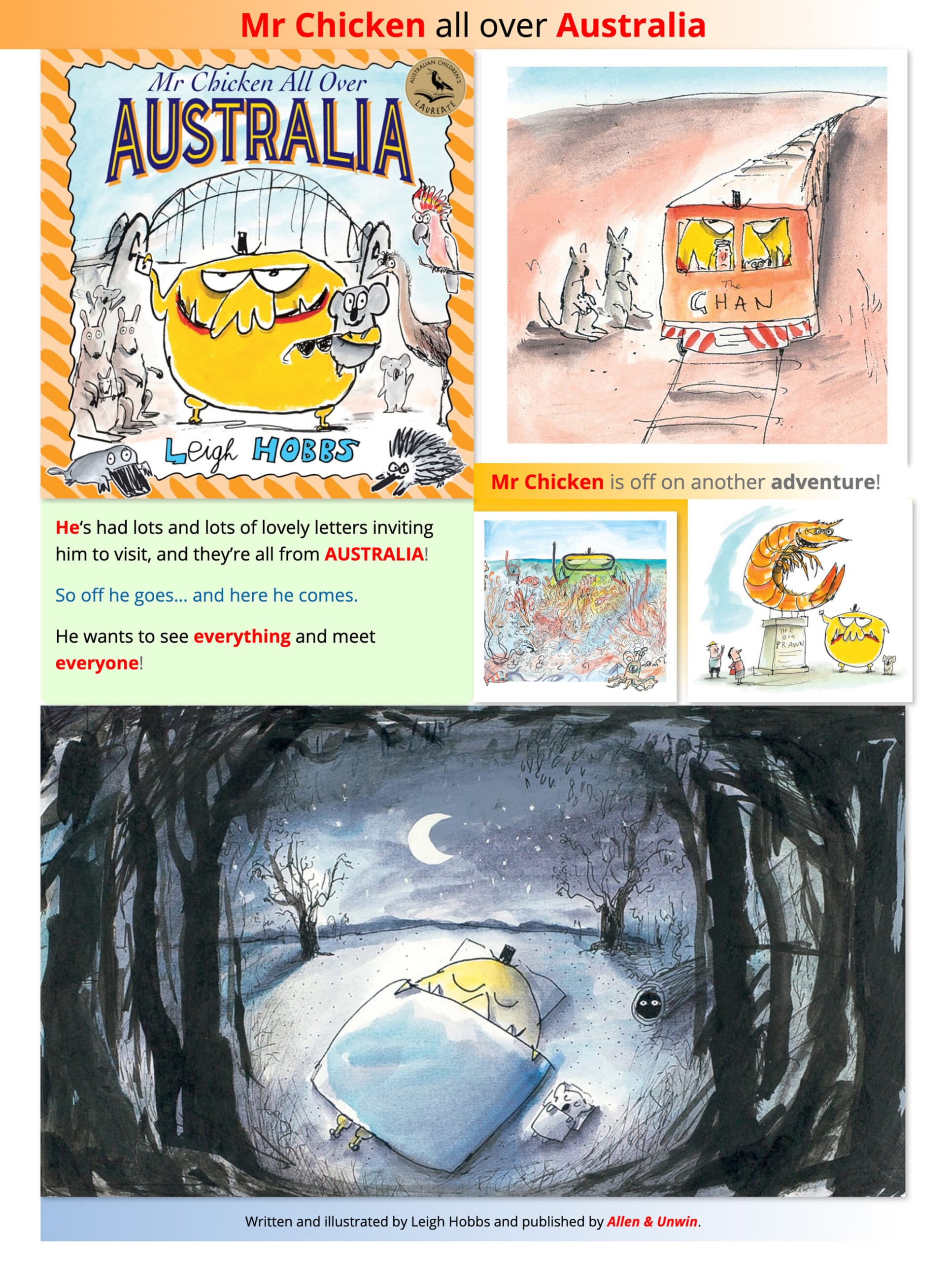 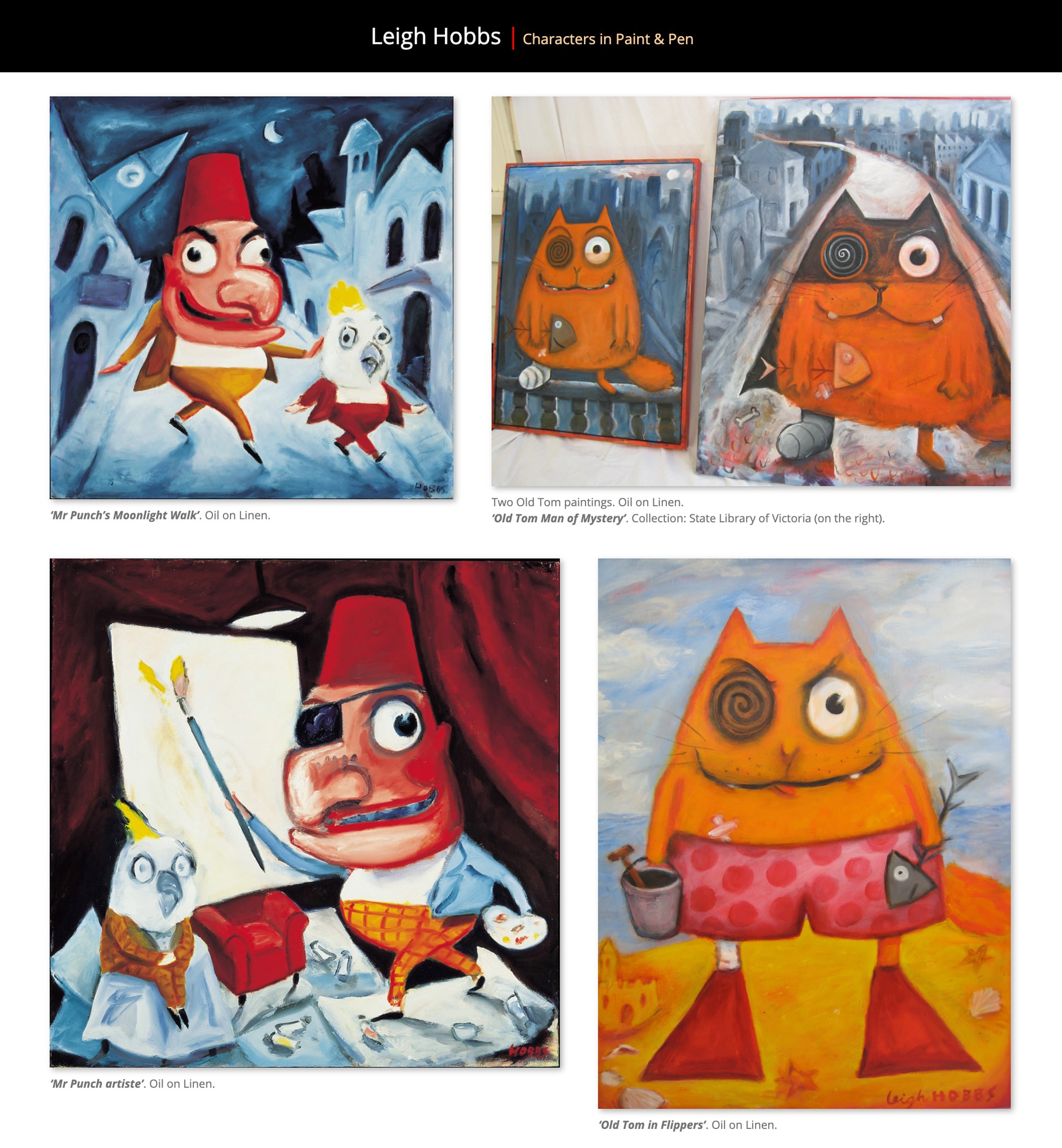